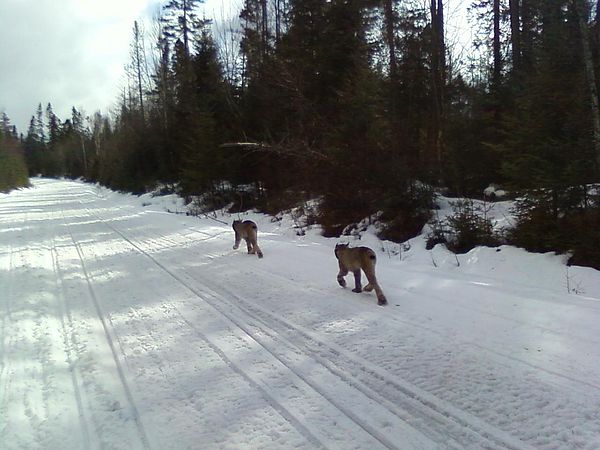 Lynx pair sighting in the Nulhegan Basin in 2010. 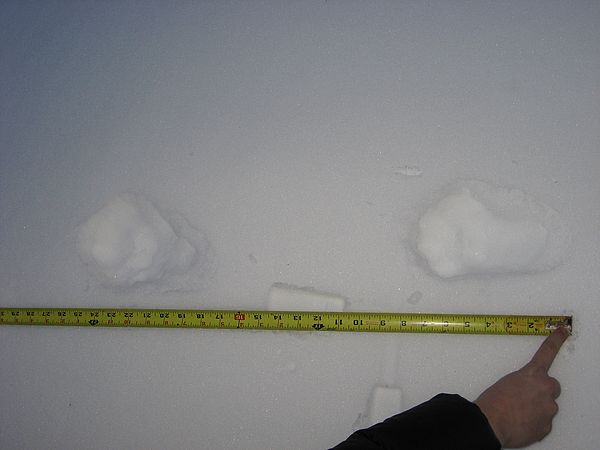 By Kim Royar, Wildlife Biologist for the State of Vermont

When I began my career as a wildlife biologist over 35 years ago, it never occurred to me that I would live to experience the thrill of seeing a lynx track in the woods of Vermont. From the late 1700’s to 1968 only four lynx had been documented in this state  In 1853 naturalist, Zadock Thompson characterized the lynx population this way:

The lynx was never greatly multiplied in Vermont but when the country was new it was frequently met with, and individuals have been taken occasionally down to the present time.

In 2003, things began to change relative to lynx in Vermont, likely due to an expanding population in Maine. The Vermont Department of Fish and Wildlife began to receive reports of lynx from hunters, trappers, and outdoor enthusiasts. In 2010 a pair of lynx were photographed walking a snowmobile trail in the Northeast Kingdom, suggesting the possibility of a breeding population. In 2013, a moose hunter photographed an adult and two juveniles confirming reproduction.

Since then, the Department, with support from the US Fish and Wildlife Service, trappers, and other partners have conducted annual track and camera surveys to monitor lynx distribution. The number of animals in the state remains exceedingly small, but we continue to confirm periodic sightings.

The resurgence of lynx in Vermont is a conservation success story and a testament to the healthy northern forests. The integrity of our large forest blocks, as well as, the connectivity that currently exists between the northeastern states and Canada has allowed for an expanding lynx population to move across the northern landscape. Forest fragmentation and climate change are likely the biggest threats to lynx in the future. Landowners and citizens working together to address these threats will improve the chances for our grandchildren to experience the thrill of seeing the track of this amazing animal in Vermont’s forests of the future.