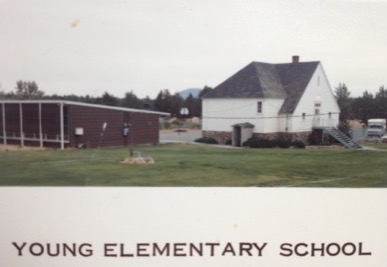 The schoolhouse where Kent McFarland learned to love natural history. 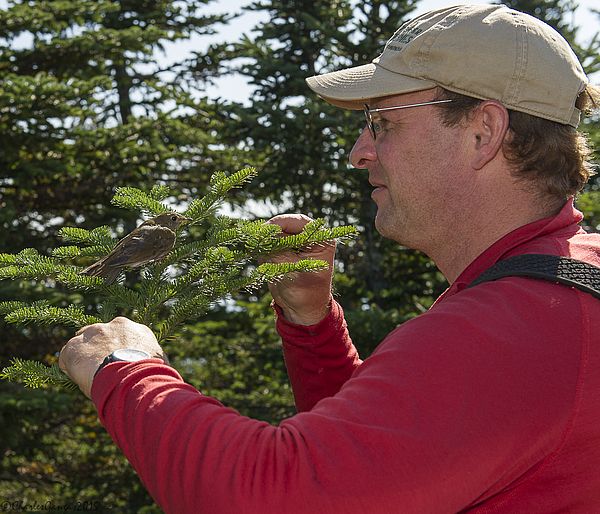 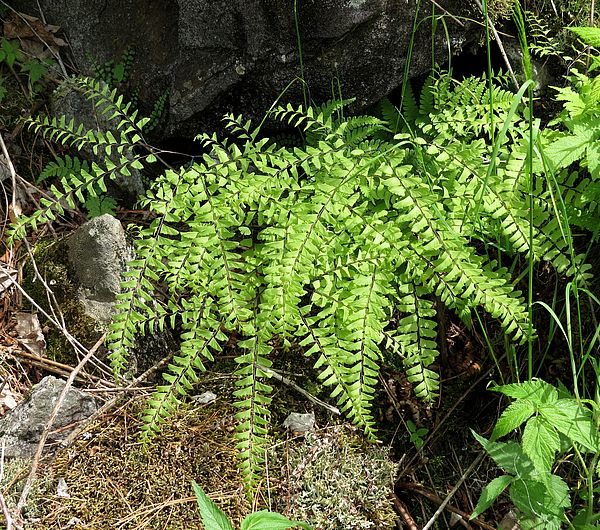 When I was in third grade, Mrs. Seems taught me one thing that I have never forgotten; there is a lot to see in just one square meter. We headed out of the small schoolhouse, each carrying a wooden frame – one square meter. Our instructions were to choose a place, toss it on the ground, and then find everything living thing you can inside that frame. Over four decades later, I still remember the spot in the schoolyard, not far from the front door and up the hill a bit, where I knelt down and counted with excitement all the living things on that one square meter of high desert in Bend, Oregon. I noted them on my datasheet- one kind of grass, a black ant,  a small beetle… I was excited to be a naturalist.

Decades later, bent down staring at a small patch of ground with aching knees and a foot asleep, I find myself counting and measuring all the potential Bicknell’s Thrush food before me –  beetles, spiders harvestmen and more – in just one square meter of fir forest, high in the Green Mountains of Vermont. I am still excited to be studying natural history.

What is natural history? The Natural History Network defines it as “exploring the stories of nature by attending to and representing the natural world. This practice, focused from the organism to the landscape, is the link between our species and the rest of the world.” They also note that natural history is:

Discovering and studying natural history can happen anytime, enriching our lives and our sense of place. Recently, while mountain biking with some friends, we stopped to rest in an open area and someone wondered about all the big beetles on the ground. I quickly recognized them as Oil Beetles in a bit of a mating frenzy. We got down on our hands and knees and watched as I told the story of their natural history. When these beetles are threatened or squeezed, they emit a chemical (cantharidin) that creates blisters when it comes in contact with skin and it is quite poisonous even in minute amounts. There is a small gnat that feeds on this chemical as it oozes from the beetles to obtain poisonous protection too. The female beetles will lay over a thousand eggs in the ground and next year the larvae will hatch out, climb a plant stalk in small groups and tease solitary bees, of which there are several hundred species in Vermont, to come near so they can hitch a ride. The bees carry them to a nest where the beetle larvae jump off. The larvae steal food in the nest until they pupate in the fall. We pondered this fascinating web of life all because one of us was observant enough to notice them.

In an article published in 2014 (Natural History’s Place in Science and Society Tewksbury et al. BioScience 64(4): 300-310.10.1093/biosci/biu0) Josh Tewksbury and 16 colleagues called our attention to the rather dismal state of natural history in higher education. In 1950, an undergraduate degree in biology required two or more courses in natural history. Today, the average number of required natural-history courses for the same degree is zero. Moreover, the amount of natural-history content in biology textbooks has dropped by 40% over the past six decades. Biological collections are on the wane with the number of research collections of plant specimens in Europe and North America peaking in 1990.

There’s an old proverb that says - the beginning of wisdom is to call things by their right names. This is precisely where the study of natural history begins – identifying other living things. But I have noted that many young students, and adults, have low ecological literacy. A few years ago, I tested a ninth-grade class. I gave them images of ten common species to identify. Unsurprisingly, my own friends scored 80% — I tend to hang out with a lot of naturalists. The class, however, scored an average of 7 percent. If I graded them more easily, allowing answers like “salamander” for Spotted Salamander for example (“lizard” didn’t cut it), they scored 20 percent. I want to emphasize that this low score isn’t because they are not observant. I’m sure if I showed them any number of representative logos for companies and products, they’d score high. So what happened in our classrooms that got us here?

Let’s travel back a few centuries to the era of nature study. During the mid-nineteenth century, the eminent and highly popular Harvard naturalist, Louis-Agassiz, delivered-lectures to teachers in Massachusetts. It was his habit to hand out live grasshoppers to the audience. Each teacher had to hold a grasshopper and examine it carefully as Agassiz described its structure and habits. "Study nature, not books," was a motto ascribed to Agassiz, who told them to take students outdoors to learn about nature first hand. Farther west in New York State, Anna Botsford Comstock was famous for being one of the first to bring her students and other teachers outside to study nature. In 1895, Comstock was appointed to the New York State Committee for the Promotion of Agriculture. In this position, she planned and implemented a statewide experimental course of nature study for the public schools. Starting in 1897, she taught nature study at Cornell and became the first female professor there. In 1911 she published The Handbook of Nature Study. Subsequently, curriculum at many schools included nature study along with reading, writing, and arithmetic. This era of nature study gave rise to greats like Aldo Leopold and Rachel Carson.

Sadly, by the mid 1900s, nature study was disappearing. During the progressive era in education, nature study was harshly repudiated by prominent science educators. In their efforts to replace nature study with what was described as "elementary science," education writers like Ralph Powers and Gordon Craig of Teachers College, Columbia, accused nature study advocates of sentimentalism and Romanticism.

A few years ago, while I was serving on a committee tasked with finding a keynote speaker for a bird conservation conference, one member suggested we find someone different than past speakers we had chosen; Someone that wasn’t necessarily going to talk about birds. Someone like Wallace J. Nichols. J. Nichols, as he introduces himself, is an ecologist and passionate about the ocean. In fact, he thinks we need the ocean, mentally. He told us that we know more about our brains on chocolate, and our brains on red wine. What do we know about our brains on blue water? He called this new study in neuroscience, neuro-conservation. He thinks we need clean, healthy nature for cognitive benefits. And now studies are showing that’s true.

A study of Shinrin-yoku — the Japanese practice of forest bathing --  found it promoted lower concentrations of cortisol (stress chemical), lower pulse rate, lower blood pressure, greater parasympathetic nerve activity, and lower sympathetic nerve activity than city environments. Another study found that four days of immersion in nature, and the corresponding disconnection from multi-media and technology, increased performance on a creativity, problem-solving task by a full 50% in a group of naive hikers. Beyond nature immersion, researchers have highlighted the importance of natural history knowledge; authors of a Swiss study found that the more plants and animals children noticed and could name, the more appreciation and empathy they showed toward them.

Meanwhile, we’ve entered a new era called the Anthropocene, marked by what many are calling the world’s sixth greatest extinction. The current extinction rate is approximately 100 extinctions per million species annually, or 1,000 times higher than natural rates. A report from the United Nations revealed that human activity now puts 1 million species of plants and animals at risk of extinction. With these rates of extinction, many species are disappearing before we even know them. For insects alone, we have names around 1 million insect species in the world with an estimated remaining 5 million insects to be discovered and named. In 1842, Vermont’s first naturalist Zadock Thompson wrote, “but of the great majority of insects scarcely anything is known either good or evil.” This still has some truth to it today. A few years ago I asked Ross Bell, professor emeritus at UVM, how many invertebrate species he thought we might have in Vermont. His back of the envelope response was, “21,400…but who really knows?”

Surprising as it may be, we are still discovering species, insect and otherwise, right here in Vermont. The ground beetle Bembidion rothfelsi was discovered in 2008 by David Maddison (former student of Ross Bell) in Bridgewater, Vermont, the birthplace of Zadock Thompson. In 2011, three new Springtails were discovered by Felipe N. Soto-Adames (another former student of Bell). Two were collected on a sandy beach along Lake Champlain and one in a newly constructed wetland. In 2010 the Green Mountain Quillwort was discovered by Michael Rosenthal, an amateur botanist from Vermont, and it is only known from one mountain lakeshore. Right here in the Cold Hollow Mountains the Green Mountain Maidenhair Fern (Adiantum viridimontanum), a specialist of serpentine soil, was first described in 1991 by Cathy Paris.

But why are these discoveries important? If we’re going to learn about the life around us, care for it, and prosper from it; we need citizens that are naturalists. This is why we at Vermont Center for Ecostudies started the Vermont Atlas of Life (www.val.vtecostudies.org). What lives here and where is it? What’s common and what’s at risk? The answers lie scattered among books, reports, computers, museums, and even in the memories or journals of Vermonters now living or long passed. The average department store knows more about its inventory than we know about what lives in Vermont. In the information age, this is troubling.

Thankfully, with new smartphone technology we’re poised to get more and more people interested in and documenting natural history. With the help of citizen scientists, we’ve already discovered over 100 new moth species, 5 new dragonfly and damselfly species, and a dozen new bee species for Vermont via the Vermont Atlas of Life project on iNaturalist. iNaturalist is a crowd-sourced species identification app powered by artificial intelligence (AI). For the casual nature observer, it allows people to snap photos of animals and plants, and upload them for the AI and the members of the iNaturalist community to identify. It is also a social network for naturalists to meet other naturalists and to learn. What began as a web app, founded in 2008 by students at UC Berkeley, is now a joint program of the California Academy of Sciences and the National Geographic Society. The Vermont Atlas of Life is a project within iNaturalist that is managed by the Vermont Center for Ecostudies. In just a few years, over 7,000 naturalists across Vermont have added over 365,000 observations. It’s the largest biodiversity dataset ever assembled for the state, and growing!

As human activity profoundly alters the map of life on local and global scales, our response requires knowledge of plant and animal distributions across vast landscapes and over long periods of time. Vermonters cannot respond effectively to climate change, natural disasters, invasive species, and other environmental and economic threats without a new understanding and empathy for the state’s natural heritage. At stake is nothing less than the health of our natural world, economy, and human life itself. 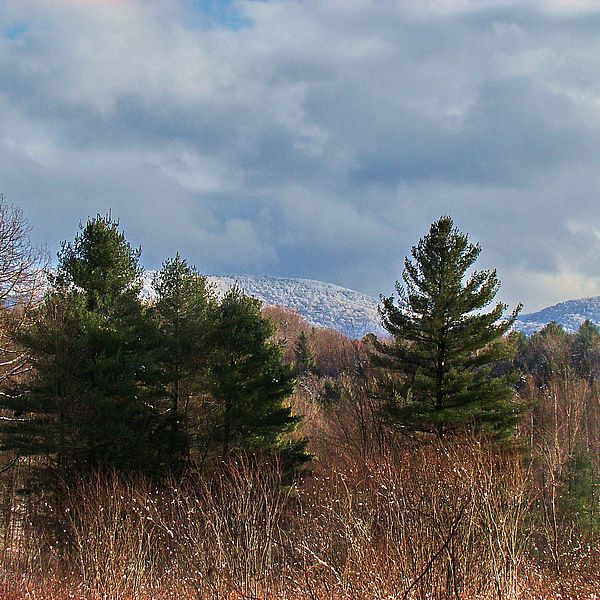 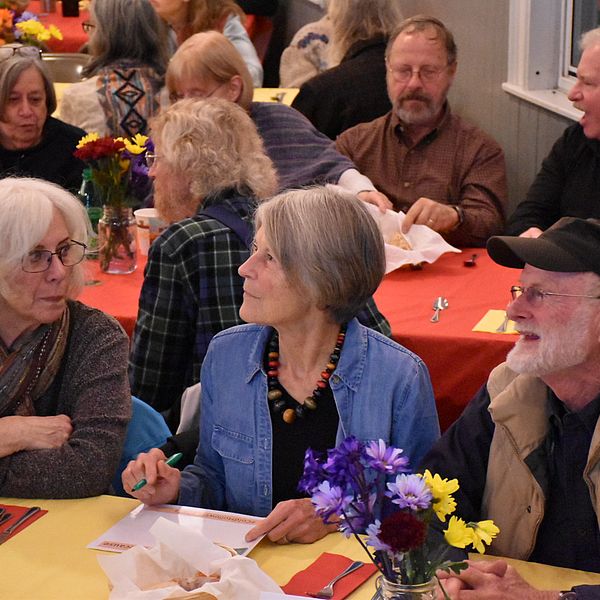 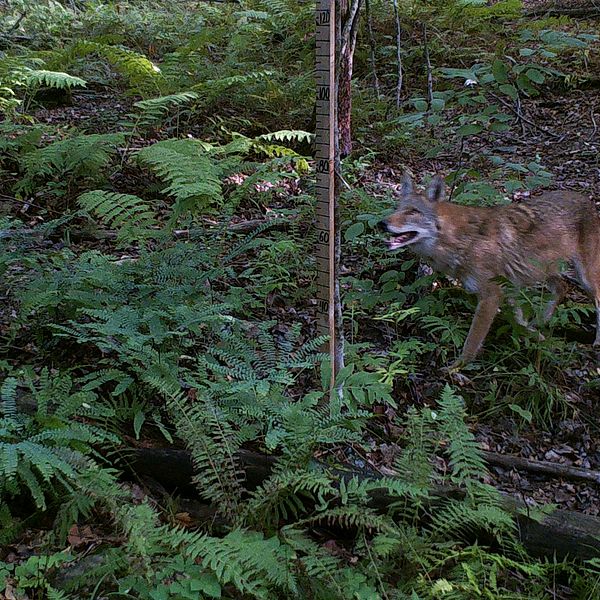 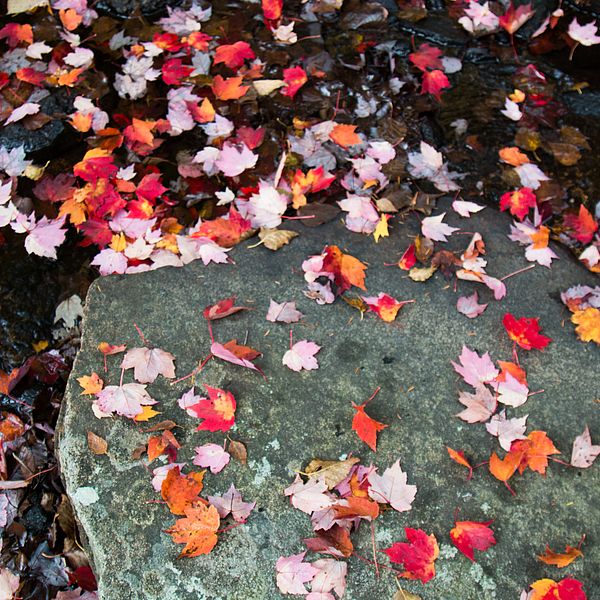