It was promising to be a warm and sunny day, after days of wet and cool weather that caused us to reschedule our first official walk on a farm in Richford, Vermont. However, it was still cool, and the trails wet, when we headed east, up into the gorgeous sugar bush behind Jessica’s house at 5:30 a.m. Most of our observations were birds heard only, with a few sightings we had hoped would develop into observations that would lead us to verify breeding birds. First, we flushed a grouse, but it did not fly off so we stood quietly for a moment to look for any clues of young seeking shelter under wiggling ferns. No luck. Then we heard Chickadees giving their dee-dee-dee call so we looked for potential trees, perhaps a birch, small in diameter, that may have a nesting cavity. No luck, but soon after we came upon a very docile chickadee, with “fresh” plumage, which made us wonder if it could be a recently fledged bird. Although the forest seemed relatively quiet, we did hear birds that were likely to nest there: Black-throated Green and Blue Warblers, Ovenbirds, Rose-breasted Grosbeaks, Veery, Hermit Thrush, Red-eyed Vireos to name a few. As we descended the hill down near the sugar house, sharing the road with the stream from the recent rain, we walked by a twenty foot high, barkless snag. We could hear incessant begging and so we stopped. There were several holes in the tree, the top most hole looking most promising to be a cavity harboring a nest. Soon Jessica saw a Yellow-bellied Sapsucker fly to the tree and disappear into the cavity we had just been talking about! It flew off and returned a few more times, disappearing in and then off again, followed by more incessant begging. We agreed there were at least two nestlings. It made our day, but we were not done yet.

At 6:45, we crossed the road, heading west into the forest where a patch cut had been made several years ago. It seemed unusually quiet, no birds observed in the cut, but it was warming up a bit and the sun was starting to take effect. We listened for the Canada Warbler we had seen (and Jessica photographed) back on May 29, but no trace, so we moved on until we came to a spot where a mix of mature deciduous and coniferous trees along the path were not so dense and the sun was starting to warm the canopies. That is when we heard the agitated calls of Black-throated Green Warblers. We observed three adults, foraging and encircling a specific small area, constantly calling and collecting an assortment of food, some we were confident were beetles and flying insects… We knew we had found another nesting species, and so we watched. (That’s when we heard the Canada Warbler, also in the same trees, which eventually gave me a very quick look). We decided to move on after about fifteen minutes of observing the warblers, and having determined one tree that likely had the nest. It was about twenty-five feet up, in a dense section of a fir tree. We would have another chance of confirming nesting when we returned on the same trail.

Pollywogs in puddles momentarily distracted us as we traveled west toward the boundary of this part of the property. Winter Wren, Black-and-white Warbler, Ovenbirds, and Blackburnian Warblers were all heard, before we headed back to the Black-throated Greens’ spot. As we approached, the birds already seemed agitated, when we noticed a red squirrel on the tree we had determined to be hosting the nest. Warblers were still present and singing, the Black-throated Greens still active but now seemed to be guarding this tree. That is when it happened! A “Holy S**T!” moment: A fledgling flew from the high spot of the conifer to a nearby tree. Inefficient wing beats and a partially grown-out tail proved it had just left the nest, maybe a tad too early, but it was old enough to get itself to safety. The squirrel was in the same spot where the fledgling appeared from, and in a matter of minutes, a second babe flew off in the opposite direction. We decided it would be best to leave at this point, since the parents’ job of defending the nest and finding food for the fledglings was now a bigger stress for them. We walked off hoping the squirrel did not get lucky.

The Birder Broker program connects landowners interested in learning more about birds on their property with experienced local birders. Want to learn more? Here's a link to the program on the Vermont Center for Ecostudies website. Stay tuned for an overview of the summer's program in our fall newsletter.

What happens when a landowner teams up with an experienced birder for an early morning walk? Notes from a June outing in Richford. 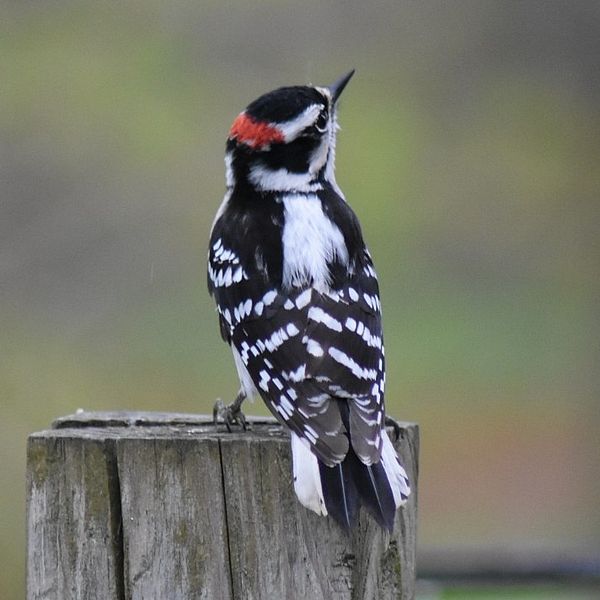 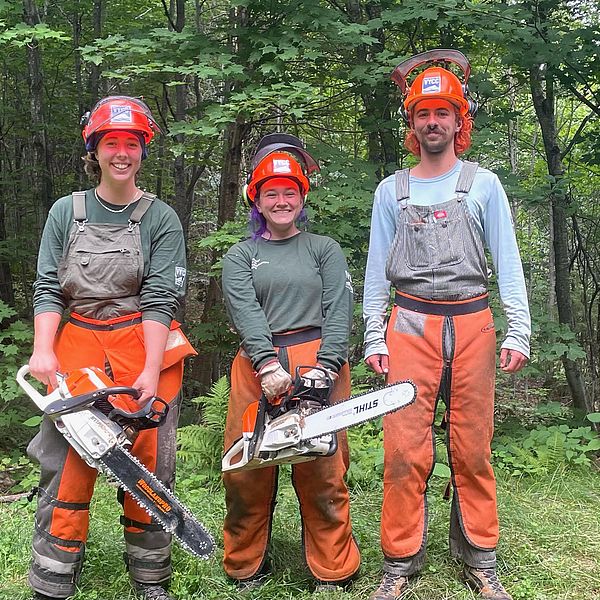